Frutiger font began when Adrian Frutiger in 1968 was tasked to create a design for an airport signage and directional system which was then called Airport Roissy and was later on changed to Charles de Gaulle Airport in Paris. Many believed that Frutiger will follow the success of his own Univers font in making this signage, however he decided to make a new sans serif typeface which is a bit bolder than the original to better the letters and characters especially in dark places where lighting is poor or when readers are quickly passing by the airport, either driving or walking.

Unlike with the other font families, Frutiger is not geometrically based. It was created for readers to easily recognize and understand the characters that’s why it is ideal for signages and display work. While Frutiger was first introduced to airport due to the large-scale requirement, it was then used in many magazines and books wherein smaller scale of body text was also made available. 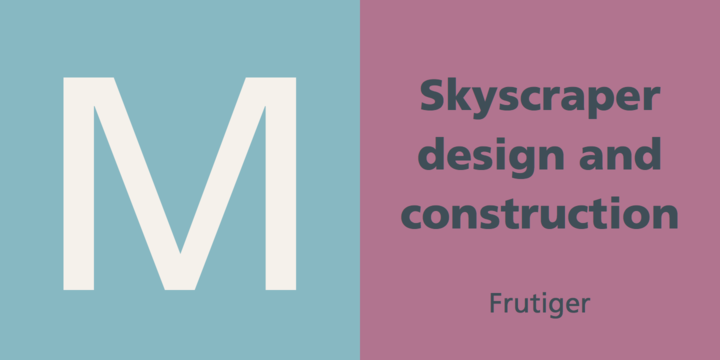