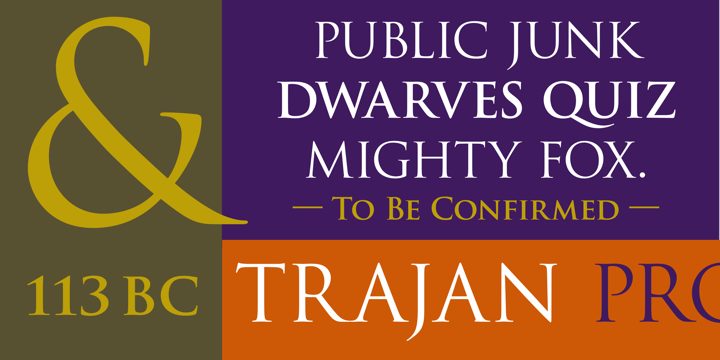 Trajan is an exquisite typeface designed by Carol Twombly for Adobe, back in 1989. This font is constructed on the letterforms of Roman square capitals which only means that the letters are always in capital form since the Romans did not use lower-case letters.

While Twombly’s retirement from Adobe in 1999 happened, still she helped Adobe in creating new versions of Trajan font. In fact, the release of Trajan Pro 3 now includes small caps. Trajan’s popularity has reached many British buildings and offices wherein the Houses of Parliament in London used it for their entrance signage. Many television shows, magazines, books, and billboards also embraced this elegant typeface.