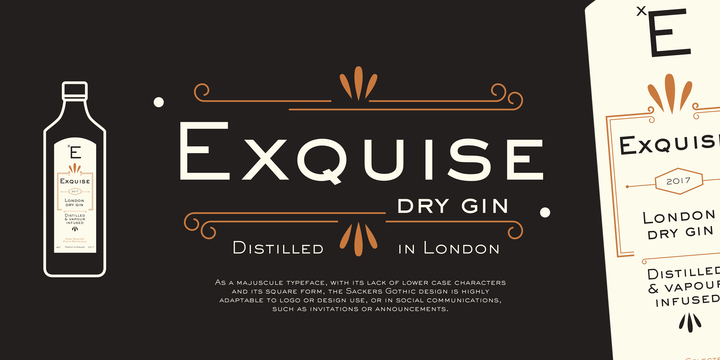 Sackers Gothic was designed by Monotype Design Studio in the early 90’s. It is one of the Sacker series based from the Roman letters which were the fonts used for invitation cards and engraved stationary. Since it is an engraver, small letters are not available in this family. Sackers Gothic contains up to 3 typefaces and supports at least 21 languages and 5 OpenType features.  The letters have contrast between thin and strong strokes. Furthermore, Sackers Gothic’s licenses are available in all styles.

Sackers Gothic is remarkably adaptable to book covers, logo, posters, social messages, and many others.