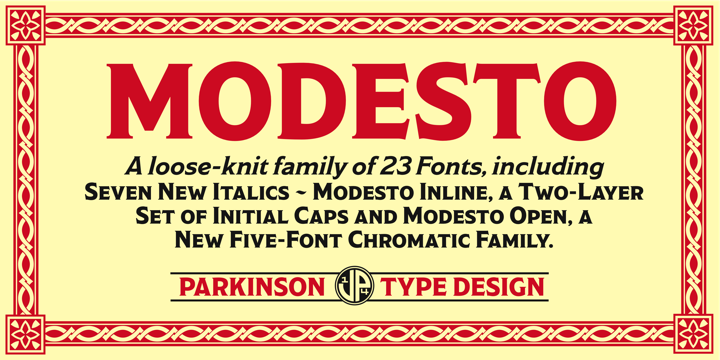 Modesto was started in 2000 by Jim Parkinson. It was based from signpainters lettering style famous during the 19th to 20th centuries.  Its family was not planned but it later on emerge into a huge typeface family with three weights and a lower case.