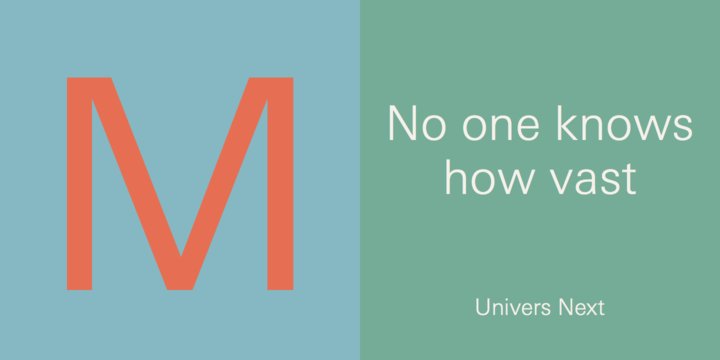 Univers Next was designed by Adrian Frutiger under Linotype Design Studio in year 2010. It’s a complete revision of the Univers font. He started this font as a school project in late 1940s, and was able to finish the Univers family in 1957. He was then working as a designer for Deberny and Peigot. It is the first and original large typeface with huge variants of widths and weights, not to mention its exceptionally organized numbering system.

Few decades later, Frutiger and the Linotype staff jointly completed the Linotype Univers family which consists of 63 weights. The curves and strokes were transformed into a more firm and developed face. To blend in with Linotype’s other family collections; Linotype Univers was renamed as Univers Next in 2010. It is now on the 36th spot of the bestselling fonts. 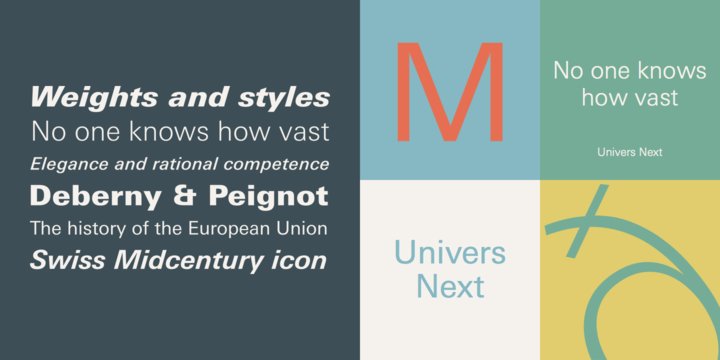