Posterama is designed by Jim Ford in 2016. The post-modern serif font brings you to a typographic journey in the 20th century. It gives visualization to the past century in futuristic points of architecture, posters, and fiction designs. It showcases distinct letters and characters to describe a certain era. The Posterama 2001 is the modern representation of the Ford’s band with alternates included.

Posterama contains 63 display fonts with slight modifications in the letters and characters between 1901 and 2001. The font family has 7 weights ranging from Thin to Ultra Black. It is used in advertising, packaging, posters, and signage. 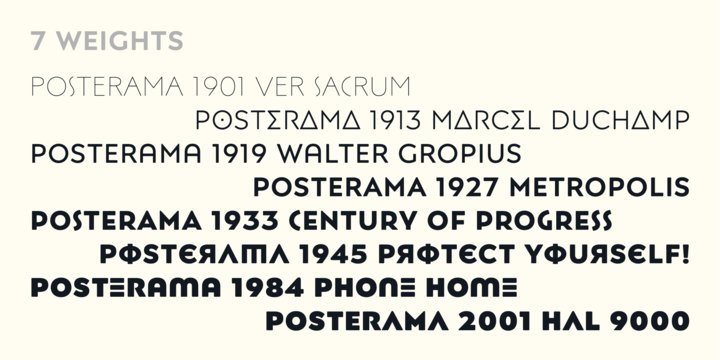