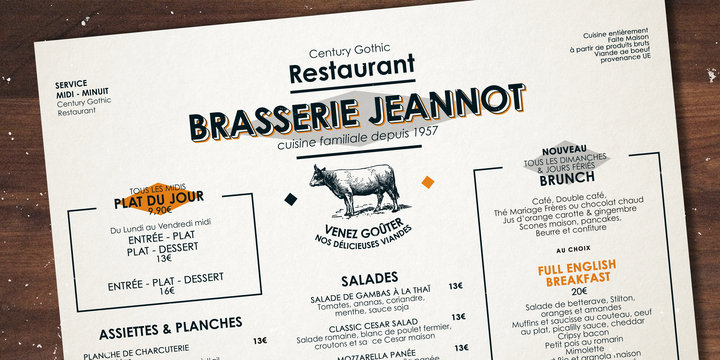 Century Gothic is under the design of Monotype Design Studio. It is based on the Monotype 20th Century, which was drawn by Sol Hess in early 1900s. It is the latest version in the family with smooth sans serif style while keeping its classic geometric look from which it was based by.

It’s neat and clear design provide legible display settings in various size and style. Century Gothic is usable in many typographic applications ranging from high resolution to low resolution displays. It can also be used for mobile devices, headlines and small quantities of text. 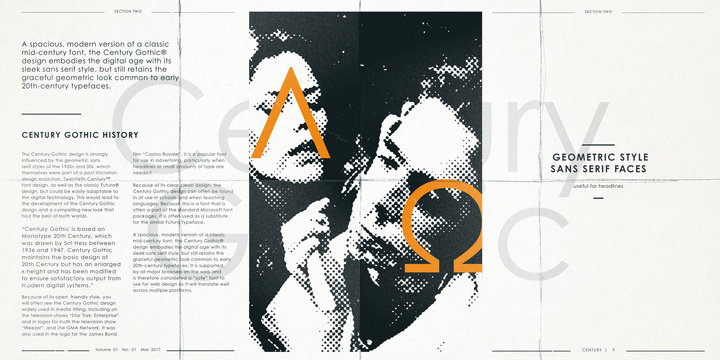